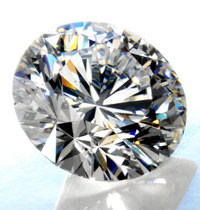 The term Conflict diamond (also called blood diamond) refers to a diamond mined and sold to fund conflict or civil war against the legitimate government. They are also diamonds that are mined or produced under unethical conditions.

The United Nations defines a conflict diamond as:

“Diamonds that originate from areas controlled by forces or factions opposed to legitimate and internationally recognised governments, and are used to fund military action in opposition to those governments, or in contravention of the decisions of the Security Council.”

Conflict-Free diamonds are stones which have not been used to fund war and have been mined or produced under ethical conditions. The Kimberley Process is an international certification program established by the United Nations almost 10 years ago to prevent the trade of conflict or blood diamonds. The Kimberley system increases governments’ transparency by forcing them to keep records of the diamonds they are exporting and importing and how much they are worth. In this way it has helped stabilise fragile economies and made life more difficult for criminals.

For more information you may also visit http://en.wikipedia.org/wiki/Blood_diamond